This patient had point tenderness in a specific area in the abdomen and had a positive Carnett’s sign, which is exacerbation of pain when the abdominal muscles were tensed.1  Due to the physical exam findings and the fact that this occurred in the setting of exertion, abdominal wall pathology was suspected.  While there are many causes of abdominal wall pain,2 this patient’s presentation was more consistent with abdominal muscle pathology. A linear transducer was placed at the point of maximal tenderness and the following clip was obtained:

A large hematoma was uncovered, likely in the setting of an acute internal oblique tear. In order to facilitate an attempt of drainage of the hematoma and to help with pain control, a nerve block of the area was attempted. 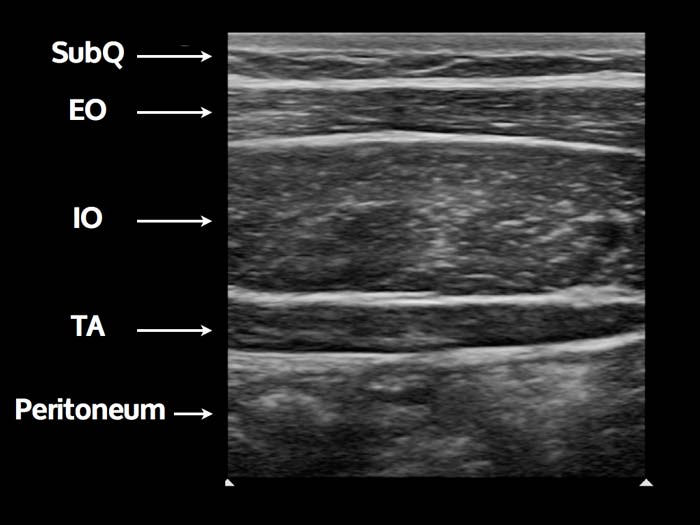 The patient had significant pain relief after the TAP block was performed.  An 18 gauge spinal needle was used to drain a significant amount of the hematoma.  Patient was instructed to follow up with her primary care doctor for further management. The patient was seen around 2 months later, and reported complete resolution of symptoms without any complications from the event.