The patient presents with a history classic, albeit nonspecific, for SMA syndrome: recurrent postprandial distension and vomiting.  The stomach was quite distended on physical exam, confirmed with ultrasound. The subsequent ultrasound clip demonstrates a sagittal view of a normal appearing aorta.  However, upon closer inspection it is noted that the aortomesenteric angle (e.g., the angle between the SMA and the aorta) is rather acute.  This finding confirms the diagnosis of SMA syndrome in this clinical setting. 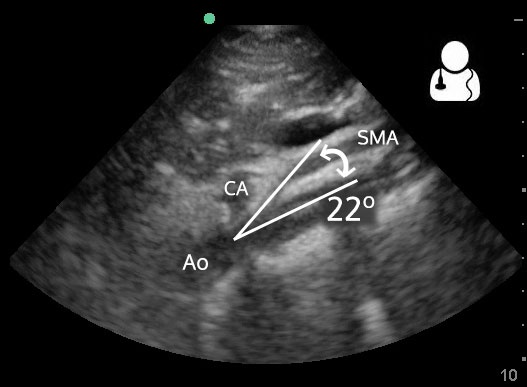