The patient is an 11 year old male who was leaving soccer practice when his family witnessed him suddenly collapse.  He was then noted to have left sided hemiparesis associated with a headache and nausea/vomiting, and was airlifted to your emergency department.  Noncontrast CT of the brain was negative, but CTA revealed a complete proximal right M1 occlusion.  You perform a bedside echocardiogram: 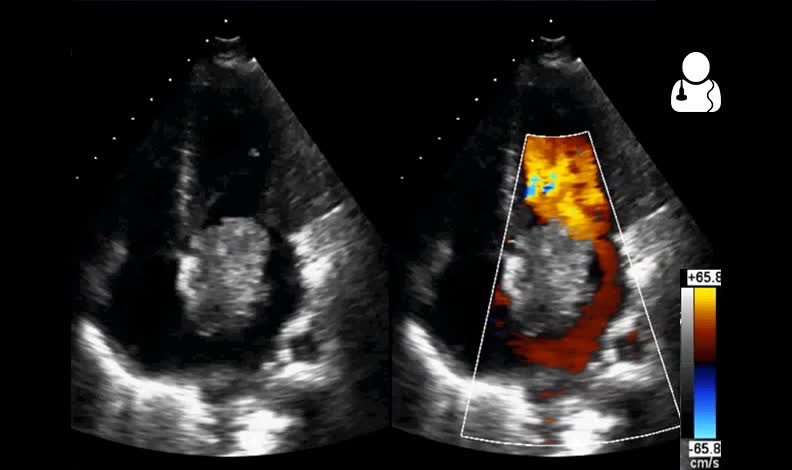 This bedside echo reveals a large pedunculated left atrial mass that appears to prolapse into the left ventricle during diastole.  This mass causes subtotal occlusion of the mitral inflow tract when it prolapses.  LV systolic function appears to be well maintained with a visually normal ejection fraction. 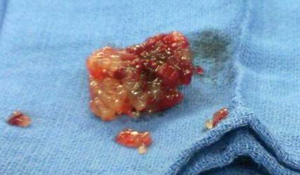 This patient was taken to angiography by neurosurgery and underwent an interventional embolectomy.  A fatty, “grape-cluster” appearing mass was recovered (picture, right).  Following  the embolectomy, the patient was taken to the PICU where he was already showing signs of improved left sided strength. Subsequently, the patient was referred to cardiothoracic surgery for the atrial mass, which was successfully resected and confirmed to be an atrial myxoma.  The final clinical outcome was 4/5 left sided strength and no recurrent CVAs.1