46 yo healthy male presents with slowly worsening left groin pain. The patient works in manual labor. On exam he is in mild distress and points to an area just lateral to his pubic symphysis, stating that he has an aching pain in that region that is worse as the day progresses. On physical exam, the vitals are normal except for mild tachycardia. No obvious bulge, swelling or skin changes seen over the area, and palpation does not elicit any obvious findings of a hernia, however suspicion still remains high. An ultrasound is brought into the room revealing the following images: 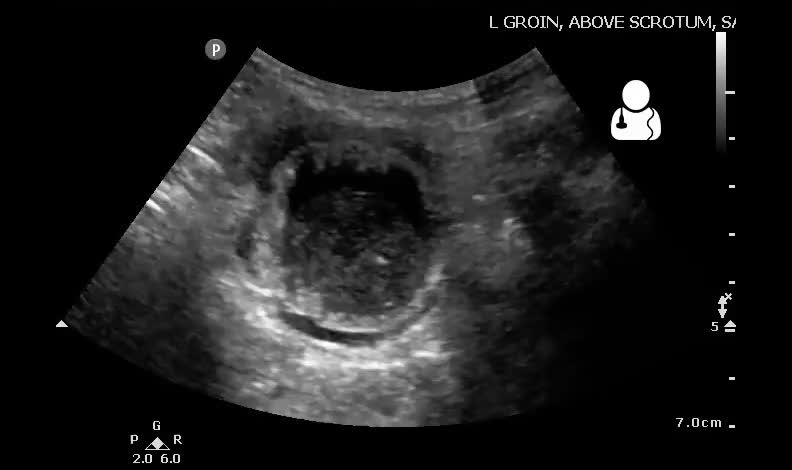 Bedside ultrasound showed a small loop of small bowel incarcerated within a defect in the fascia. Power Doppler failed to show any signs of blood flow around the hernia, increasing concern for strangulation. Emergent surgical consultation was performed and the patient was then taken to the operating room.