52 y/o male presents stating that he has had an area of redness on his right thigh that has “fever” in it. No systemic fever/SOB/CP. On physical exam, vitals are normal and there is a 5 cm patch of erythema and induration on the patient’s right anterior thigh. No lower extremity edema, no fluctuance of the area. You recall an article that showed 40% of patients with clinically suspected cellulitis were diagnosed with abscess via ultrasound and required incision and drainage, so you obtain the following scan.  What’s the diagnosis? 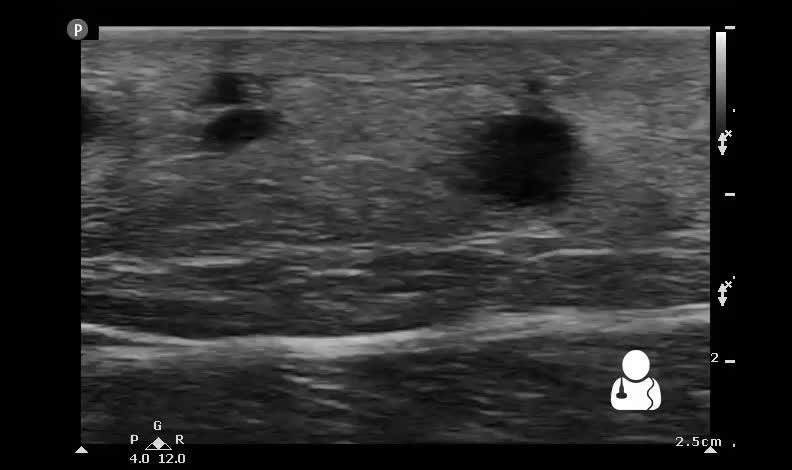 This scan demonstrates a contiguous hypoechoic serpiginous structure, most consistent with dilated superficial veins.  These veins appear to be noncompressible and are filled with heterogenously echogenic material, most likely thrombus.  Further scans on this patient revealed no evidence of DVT.