29 yo male presents to the ED with the chief complaint of penile pain after approximately 8 hours of continuous coitus. He reports that the pain is worse with erections, but still present when flaccid. He denies fever, chills, n/v or any other signs or symptoms of systemic involvement. The patient denies any other medical history, or a family history of clotting disorders. Physical exam reveals a normal appearing flaccid penis that is mildly tender at the base. No discoloration is noted. 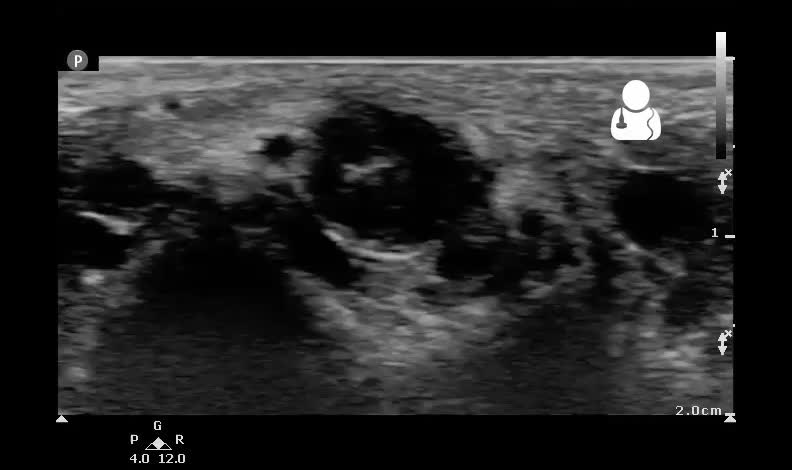 Bedside ultrasound visualized a non-mobile hyperechoic clot in the proximal end of the dorsal penile vein. 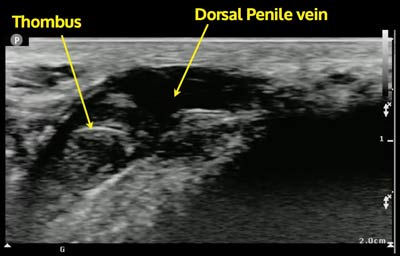