A 25 yo female presented with 2 days of abdominal pain. The pain started in the mid-abdomen, subsequently moving to RLQ. She was initially seen at an urgent care that uncovered an elevated white blood cell count, and the patient was sent to the emergency department. The patient reported nausea without vomiting.

The patient was initially seen in the hallway since no rooms were available, and the following ultrasound image was obtained: 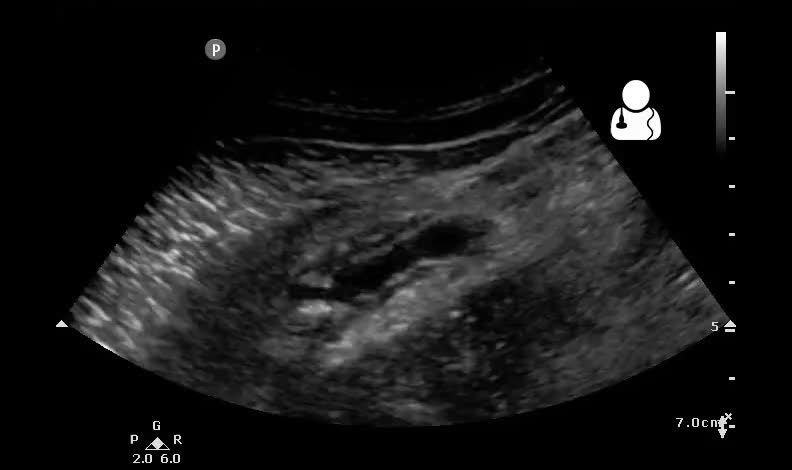 Bedside ultrasound showed a dilated, tubular structure with no peristalsis in the RLQ that had a hyperechoic 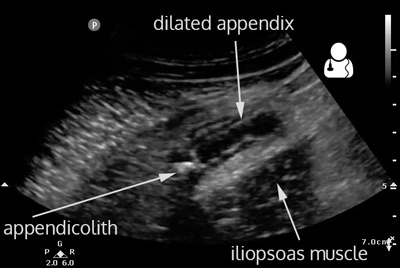 structure in one end, most consistent with an appendicolith. CT showed multiple appendicoliths, with a maximal appendiceal diameter of 1.8 cm. The patient was admitted to the surgery service and in the operating room the surgeons reported seeing a “very inflamed and edematous appendix” that was promptly removed.