The patient is a 24 year old G1P0 at 12 weeks GA who presents to your department with sudden onset severe left flank pain. No history of fertility treatment, no vaginal bleeding. The patient is pale and has severe diffuse abdominal tenderness.  BP 82/34 P 135 R 20 T 98.6F. 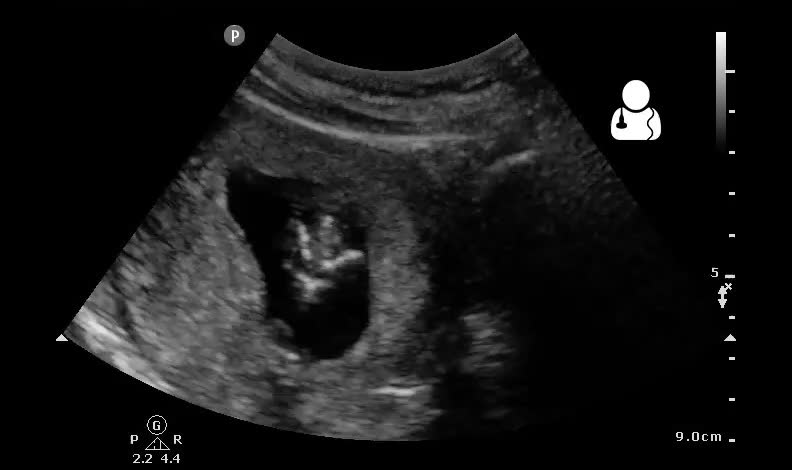 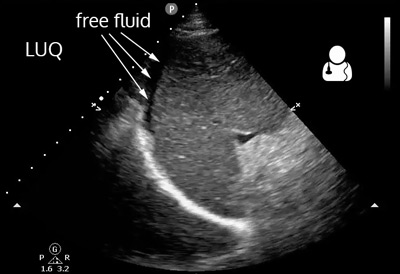