This is a critically ill 59 year old diabetic male who presents with severe altered mental status and a fever of 103.4F. You intubate the patient upon arrival because he does not appear to be protecting his airway. Vitals show a systolic blood pressure of 60/40. You obtain the following ultrasound of the neck vessels. What does the patient need based on this scan? 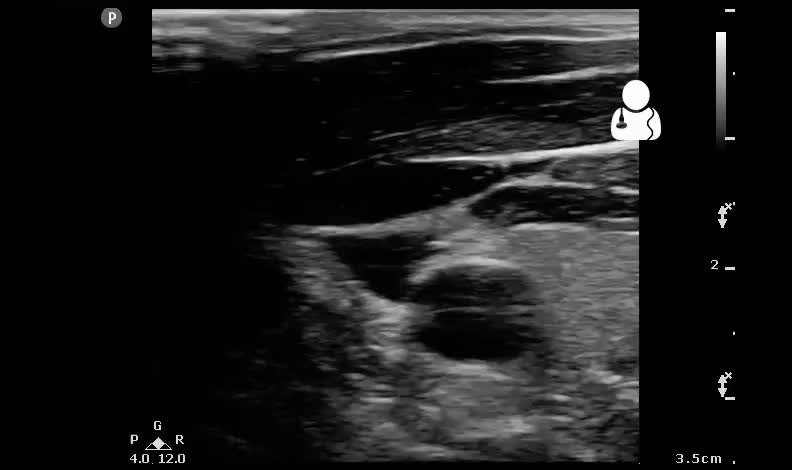 This scan of the neck demonstrate a completely collapsing internal jugular (IJ) vein.  The carotid artery is normal caliber and shows no evidence of dissection flap or aneurysm.  The suspected cause of this patient’s hypotension was severe sepsis and volume depletion.  It is important to know how much fluid to provide your septic patient.  Gone are the days of blindly giving 2 Liters of crystalloid, then switching over to pressors and maintenance fluids if hypotension continues.