This patient is a 56 year old male smoker who presents with sudden onset of left sided chest pain and shortness of breath. 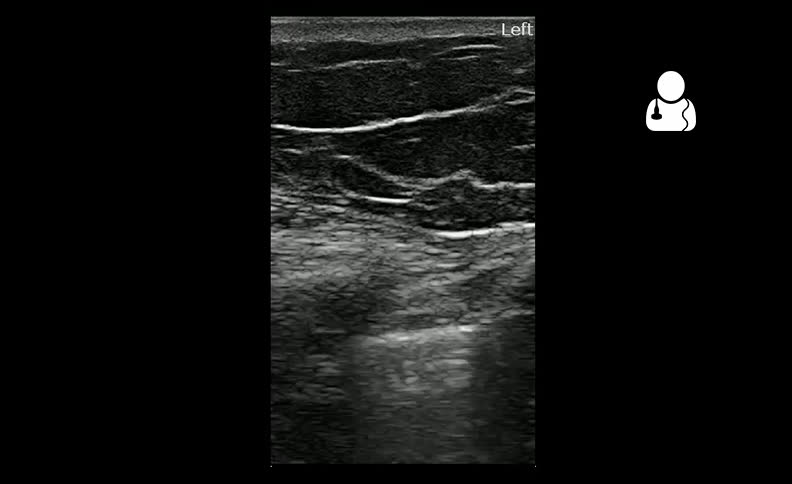 This scan demonstrates normal lung sliding of the pleura that appears to be going in and out of the frame.