61 yo female with no previous medical history presenting with nausea, vomiting and epigastric pain that began approximately 4 hours after eating at a mexican restaurant. Vital signs showed sinus tachycardia and mild hypoxia with the patient sating 92% on room air.  Abdominal ultrasound was performed, identifying a normal gallbladder. However, due to the patients age and abnormal vital signs, an echo was performed immediately after the gallbladder ultrasound and identified the following: 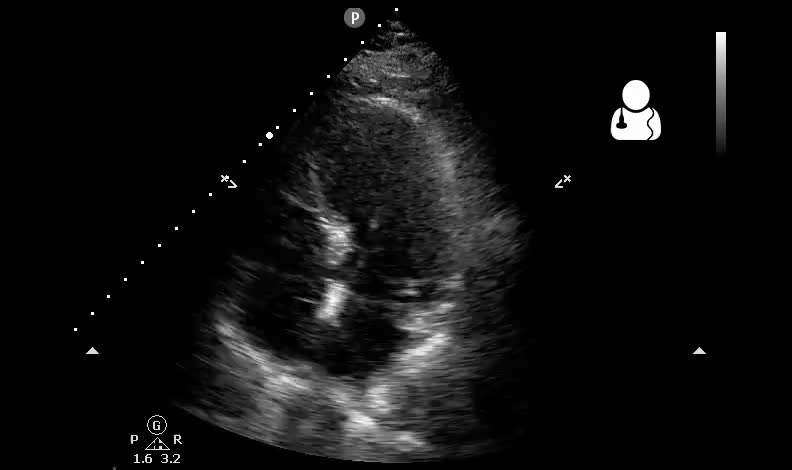 An EKG was then performed that showed diffuse anterior-lateral STEMI with depressions in the inferior leads, with a troponin of 12.3. 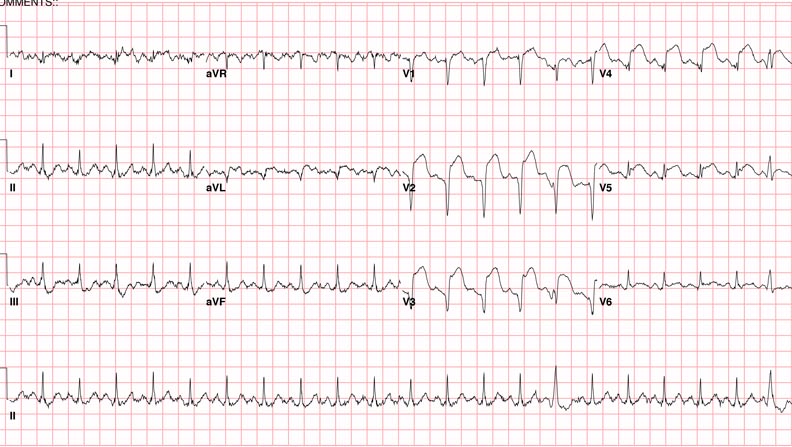 The patient was then taken emergently to cath lab and found to have a 100% osital LAD lesion that was successfully stented with some difficulty. 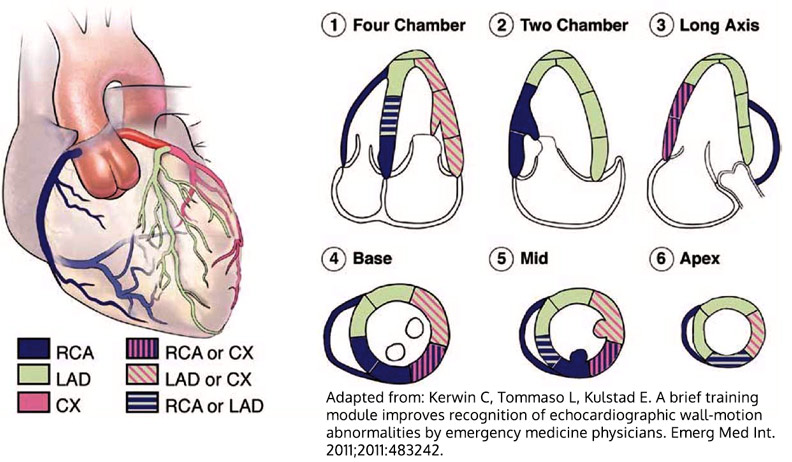