Although this patient did present with symptoms suggestive of biliary colic, this ultrasound demonstrates a normal thin-walled gallbladder.  It can be noted that there is a hyperechoic extralumenal structure deforming the gallbladder posteriorly with some mixed hyper/hypoechoic shadowing.  This most likely represents a loop of small bowel (probably duodenum); there is no evidence of gallstones. 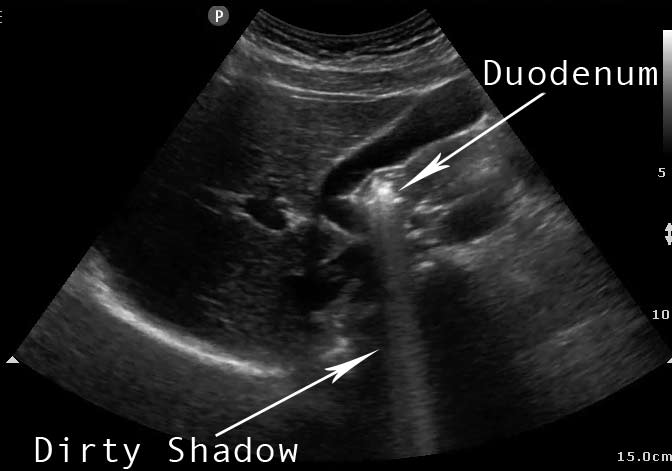 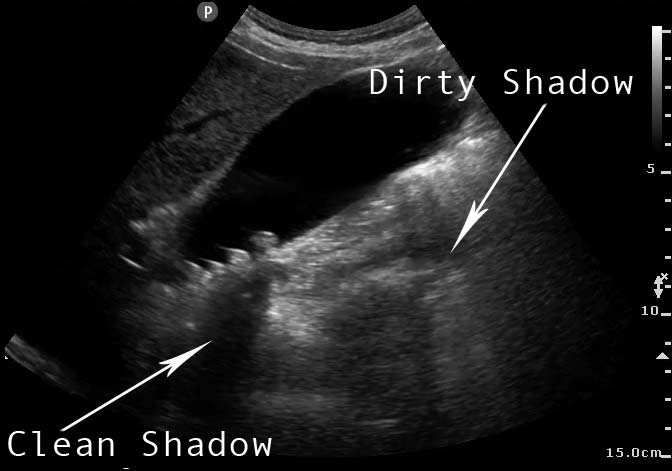